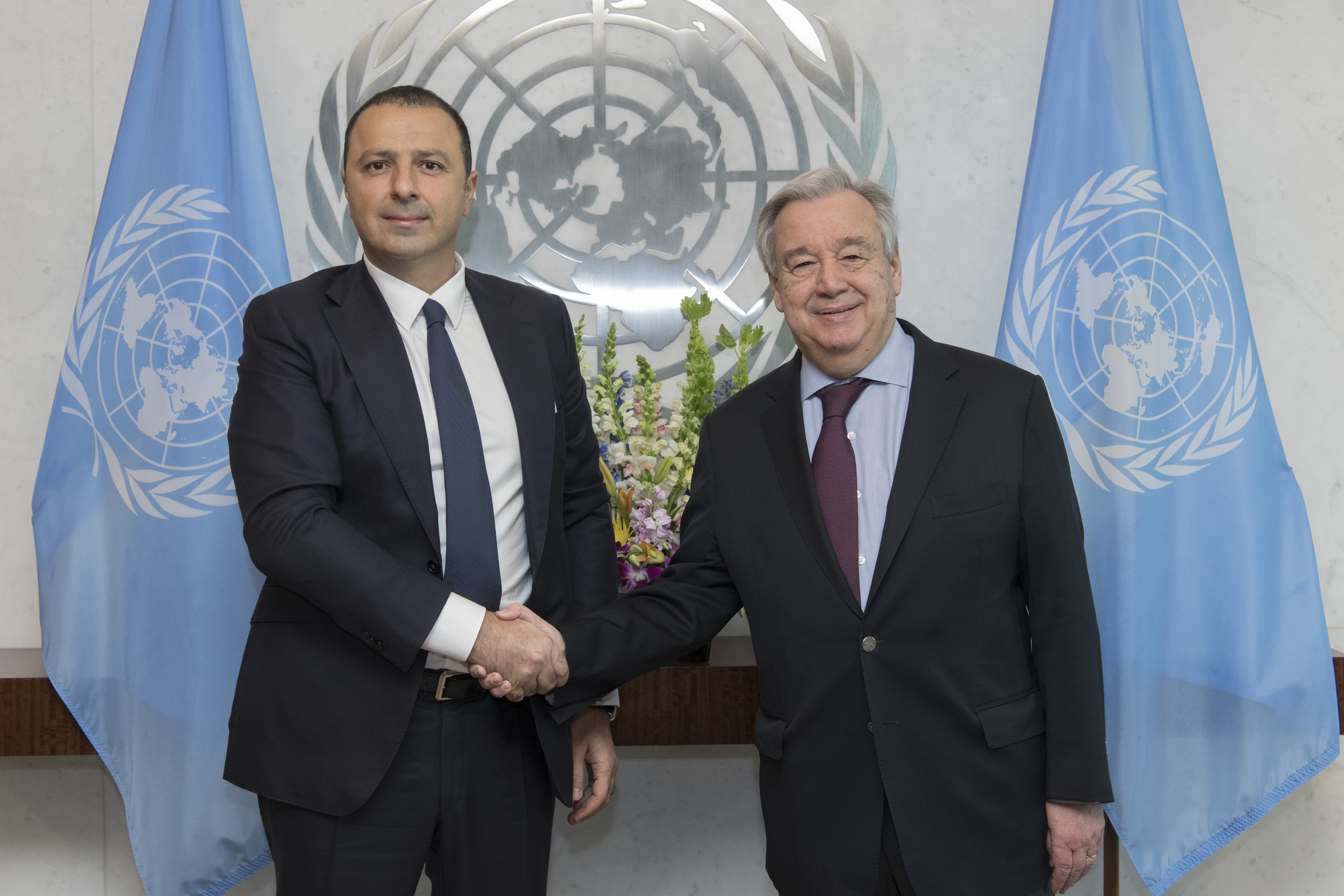 On January 15, 2020, at the UN Headquarters in New York, a personal meeting was held between the President of the IGO  United Religions, Mr. Akif Gilalov, and the UN Secretary General, His Excellency Mr. Antonio Guterres.

During a discussion of the activities of United Religions, Mr. Akif Gilalov invited Mr. António Guterres to take part in the upcoming events organized by United Religions.

So, on January 20, 2020, on the initiative of United Religions, a unique memorial ceremony dedicated to Holocaust Remembrance Day will be held at the site of the former Auschwitz-Birkenau concentration camp. For the first time in history, world-famous leaders of Muslim communities will visit Auschwitz-Birkenau to commemorate the victims of the Holocaust along with other representatives of world religions, Catholics, Orthodox Christians and Jews. After the ceremony, delegations will continue their joint trip to Paris to participate in a concert dedicated to the International Holocaust Remembrance Day, to be held on January 22, 2020, a joint event of UNESCO and United Religions.

The UN Secretary General, Mr. António Guterres, noted the uniqueness and special significance of these events and took the initiative to prepare special personal video messages for them.

This meeting marked a new milestone in the history of United Religions and a new stage in the implementation of its ambitious projects of international importance.