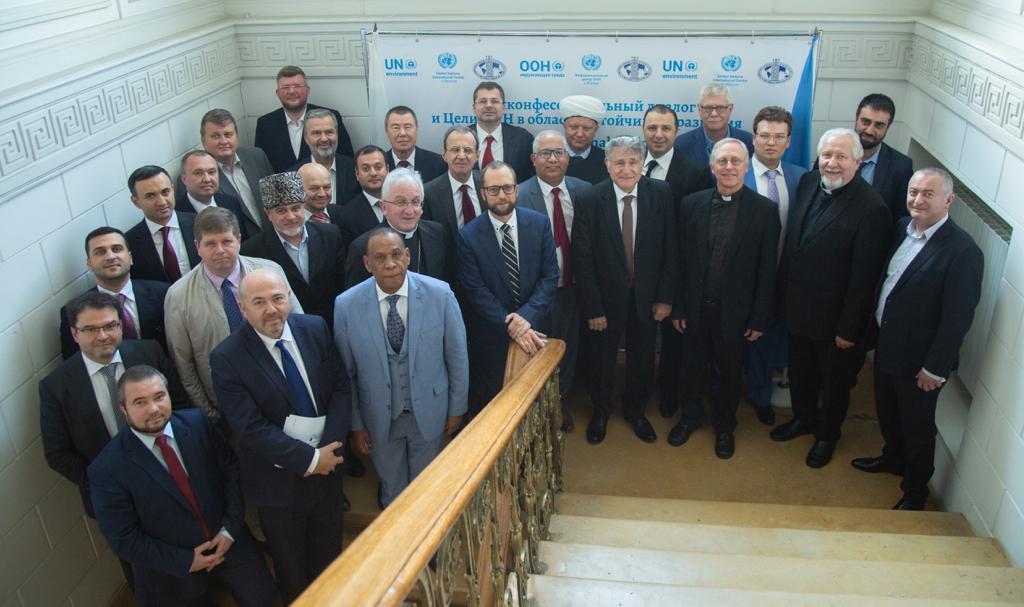 July 8, Moscow, UN House: On July 8, 2019, at the initiative of the World Congress of Mountain Jews (WCMJ), a round table discussion on Interfaith Dialogue and the UN Sustainable Development Goals was held in cooperation with the Russian office of the United Nations Environment Programme (UNEP) and the UN Information Center in Moscow.

The event was initiated by the World Congress of Mountain Jews (WCMJ), a non-governmental organization with consultative status in the Economic and Social Council of the United Nations (ECOSOS) that unites communities of Mountain Jews in the United States, Israel, Russia, Azerbaijan, and other countries.

The activities of the WCMJ are aimed at strengthening communication and functional ties between Mountain Jews living in different regions and countries, as well as between all peoples and progressive non-governmental organisations interested in promoting peace, tolerance, scientific progress, cultural and humanitarian development. 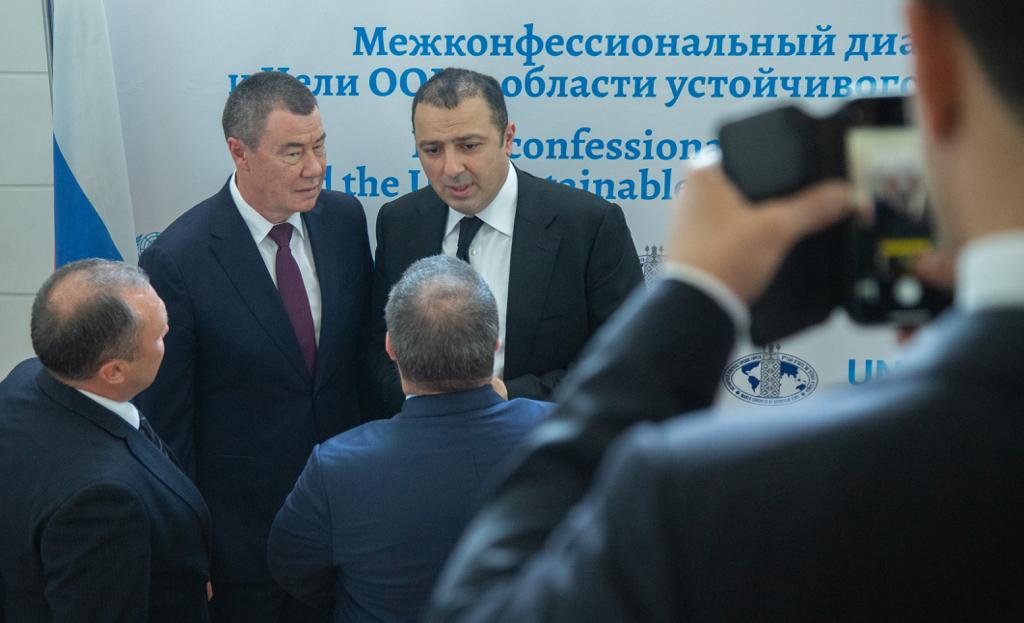 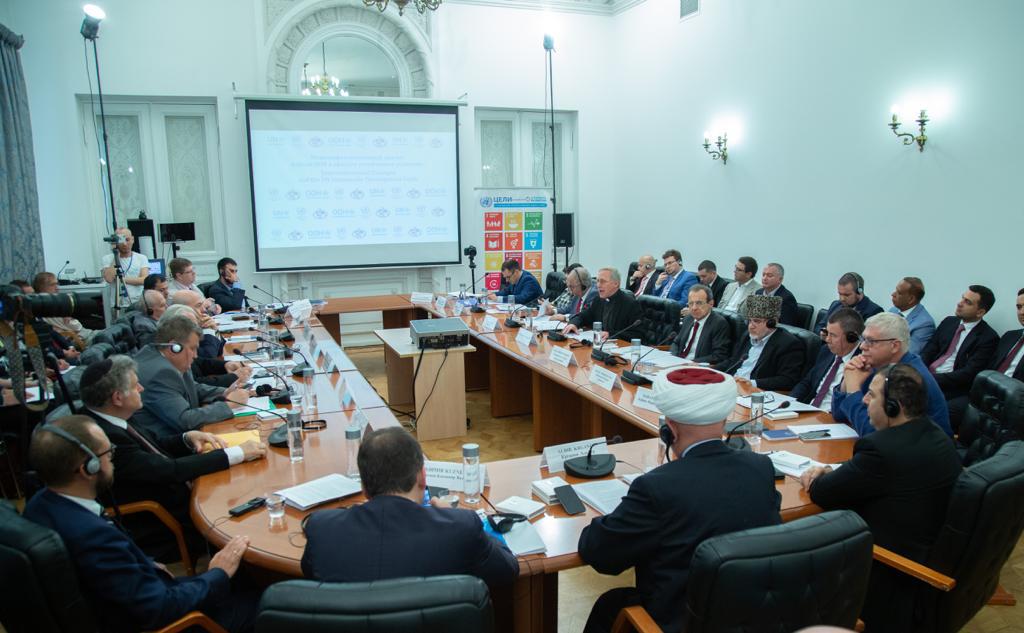 The event featured speeches by Rabbi Abraham Skorka, co-author of the book ‘On Heaven and Earth’ (in collaboration with Cardinal Jorge Mario Bergoglio, who later became Pope Francis); Norbert Hofmann, Secretary of the Vatican’s Commission for Religious Relations with the Jews; Mohammad al-Bishari (United Arab Emirates), Chairman of the World Council of Muslim Communities; Albir Krganov, Mufti of the Spiritual Assembly of Muslims of Russia; and Akif Gilalov, Head of the WCMJ, businessman, community leader and philanthropist, founder and head of the WGT telecommunications company.

A common thread in the speeches and discussions was that the commandments, true values, and traditions of monotheistic religions call their followers to unite their efforts in the spirit of brotherly love for the sake of peace and unity between peoples, strengthening their health and development potential, high-quality education, environment, economy, and public institutes. 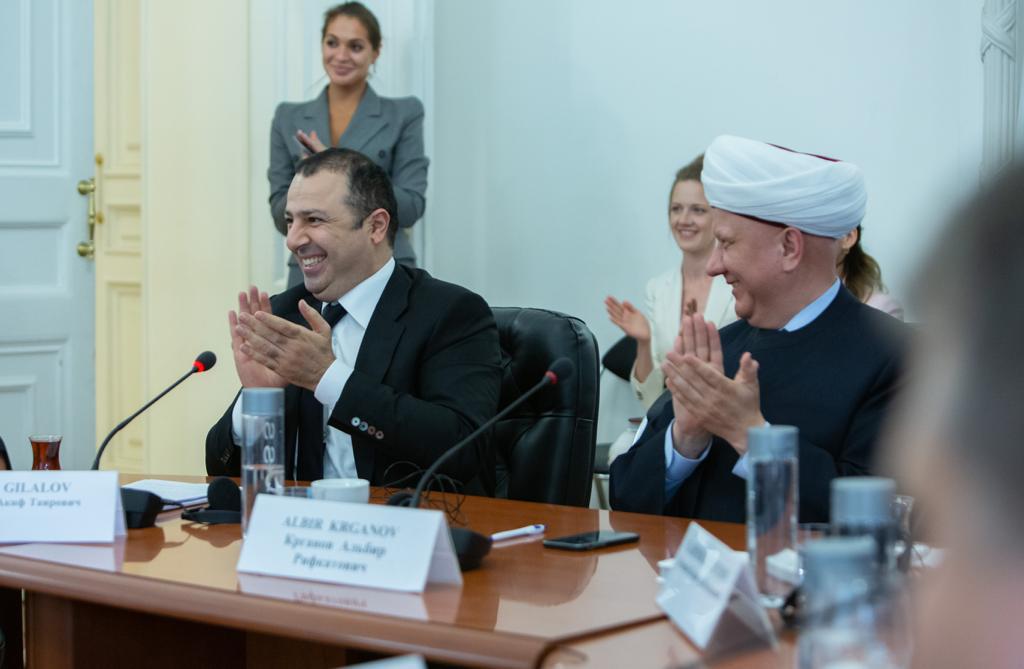 These aspirations agree with the UN Sustainable Development Goals.

Aiming to strengthen the coordinated role of the world’s monotheistic religions for the sake of the Almighty’s contentment, brotherly love between people, peace and cooperation, the meeting’s participants – heads and representatives of Christian, Muslim, and Jewish communities, scholars, diplomats, businessmen, and statesmen – supported the initiative of the World Congress of Mountain Jews to establish the United Religions organization at an international level.

This organization is aimed at uniting the spiritual leaders and representatives of world religions to cooperate at a global level and establish the principles of fairness, tolerance, peace, and respect in society.