Vienna is home to Austria’s only Mountain Jews community (the president between 2013 and 2017 was Ye. Gililov, and since February 2017 is Mikhail Elyayev). Mountain Jews began settling here in 1976, when the city was a transit point for Jewish emigration from the USSR. However, similar to Berlin, Mountain Jews flowed into Vienna en masse in the 1990s. 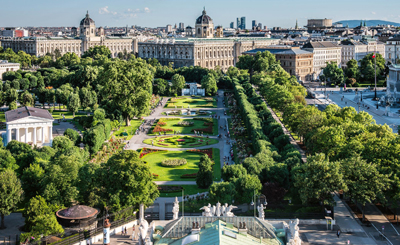 In 2007, the Mountain Jews of Vienna established their prayer house on Novaragasse Street. According to Ye. Gililov, the community is now on the decline. In 2014, it numbered only 100 families. The Vienna Mountain Jewish community is not dominated by immigrants from any particular region; people from Dagestan, Azerbaijan and Nalchik are represented equally.

Their children attend the Lauder Chabad Schule school. Mountain Jewish families in Vienna are noted for their number of children, where it is not uncommon to have three or four.

The older generation used to work in the commercial sector, as the language barrier prevented them from finding work in their previous professions, but today the younger generation (especially those born in Austria or who immigrated in their infancy) have fully integrated in society, are fluent in German and consider themselves Austrian Jews. To this day, they continue to observe Jewish religious traditions (Sabbath, holidays). The older and middle generations insist that marriages must only be with other Jews (not necessarily Mountain Jews). Some community members live on welfare. 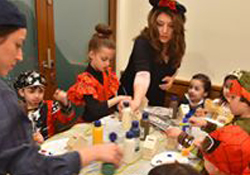 The Vienna Mountain Jew community maintains its own blog on Facebook, which focuses on holidays and various joint events.