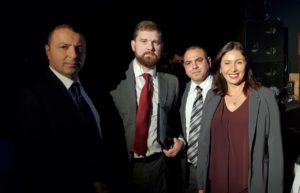 On Monday, November 19, 2018, Jerusalem hosted the Person of the Year award ceremony for a number of categories. 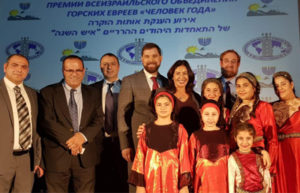 The ceremony was attended by Minister of Communications Ayoob Kara, member of the Knesset Yehuda Glick, Head of the Russian Federal Agency for Ethnic Affairs Igor Barinov, First Secretary of the Russian Embassy Igor Martynov, and Deputy Head of the Office for Cooperation with Religious Institutions at the Moscow Government Anton Ignatenko. In their congratulations, they noted the significant contribution made by the Mountain Jewish community to the creation of the State of Israel, as well as to the contemporary development of Israeli society. They also emphasized the considerable influence of the community on activities held by Jewish organizations in the post-Soviet region. 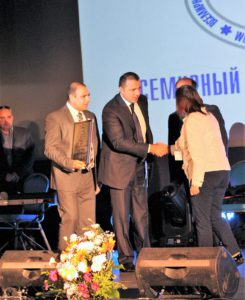 The Head of the World Congress, Akif Gilalov reminded the audience of the WCMJ’s achievements, which included an audience with the Pope and recognition of the Congress as an NGO with special status under the UN Economic and Social Council. Several meetings were held with heads of state, designed to promote the interests of the Mountain Jewish community.

Akif Gilalov stressed, “our strength is in unity,” which means the Mountain Jews needs a united organization to protect their interests throughout the world. After the speech he presented Prof. Mikhail Agoronov, Head of the All-Israeli Union Pavel Elizarov and public figure Arye Gut with Orders of Zaur Gilalov, founder and first president of the World Congress of Mountain Jews.

Pavel Elizarov, Head of the All-Israeli Union, thanked Akif Gilalov for his support and committed to continue working for the benefit of the community. 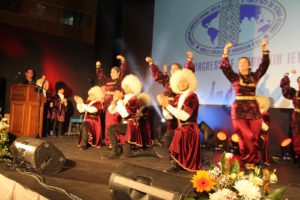 The ceremony reached its climax when the People of the Year awards were presented: Simkha Osipov (for public activity), Hanan Niv (for settlement development), Viktor Rabaev (for achievements in sport), and the Peres family (for their contribution to culture).

The program also included a concert with song and dance performances.