Skip to content
Home > Congress News > Day of Commemoration in Memory of the Victims of the Holocaust: a joint event of the UNESCO and World Congress of Mountain Jews (UNESCO Hall, Paris) 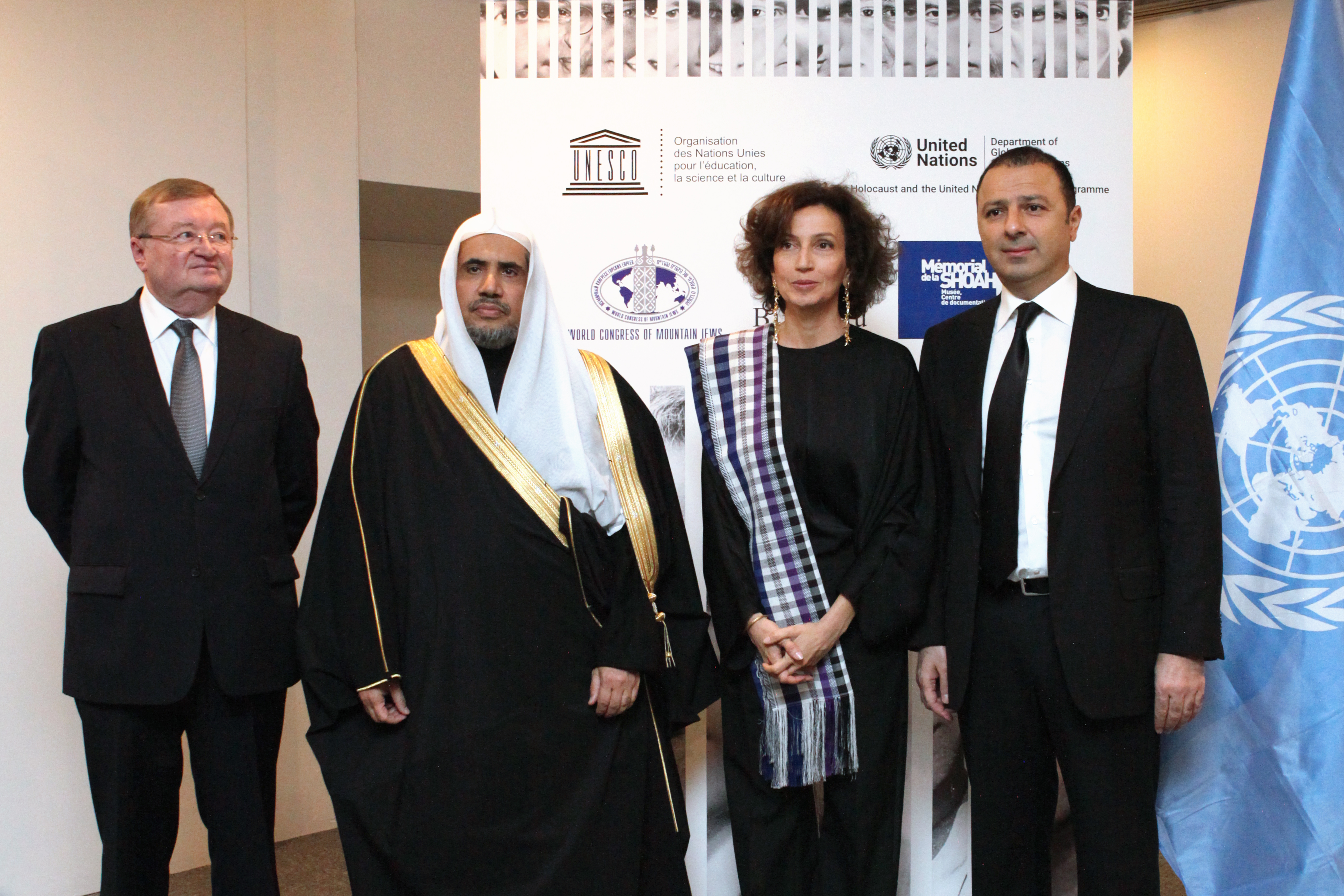 On January 22, at the UNESCO Hall in Paris, have been held a joint event Day of Commemoration in Memory of the Victims of the Holocaust of the UNESCO, World Congress of Mountain Jews  headed by Mr. Akif Gilalov, president of IGO United Religions, the Permanent Mission of Russian Federation to France and Memorial Museum of Auscwitz- Birkenau.

The Day of Commemoration was opened by a special video message of UN Secretary General His Excellency Mr. Antonio Guterres, which He kindly provided for World Congress of Mountain Jews. Then there were the speeches of Director-General of UNESCO Mrs. Audrey Azoulay, Mr. Eric de Rothschild and Mr. Akif Gilalov. Concert of Moscow Male Jewish Cappella and a special video provided by Memorial Museum of Auschwitz- Birkenau became a central part of the memorial evening.

Among the honorary invitees of the ceremony were the diplomatic missions from more than 100 states, religious leaders, politicians, prominent public figures. Thus the memorial evening  was honored by the presence of the Secretary General of the Muslim World League, Dr. Mohammad Abdulkarim AlIssa.

Worth mentioning other initiatives put forward by United Religions this year. On January 15,  a personal meeting was held between the President of the IGO  United Religions, Mr. Akif Gilalov, and the UN Secretary General, His Excellency Mr. Antonio Guterres where they discussed the further cooperation and implementation of joint projects. On January 20, IGO United Religions took the initiative to organize a unique memorial ceremony dedicated to Holocaust Remembrance Day, which was held at the museum on the site of the former Auschwitz- Birkenau. For the first time in history, world-famous leaders of Muslim communities visited Auschwitz- Birkenau to commemorate the victims of the concentration camp along with other representatives of world religions, Catholics, Christian Orthodox and Jews.

United Religions as an intergovernmental organization has its aim to provide a forum for the rapprochement of religions and cultural differences, the development of interfaith cooperation, mutual understanding between religions, and the cessation of religious violence; while providing a platform for intergovernmental interaction and conflict resolution beyond traditional diplomacy. United Religions brings together spiritual leaders and representatives of world religions to develop international cooperation and strengthen the values of justice, tolerance, peace and respect in society.